The history of modern Greece will be described briefly, with a focus on (relatively) modern monuments in the areas that were visited by Pausanias. I would like to refer the more interested reader to modern general history books about Greece. Very suitable (and used here) is the book by R. Clogg, A Concise History of Greece, Cambridge University Press 2002. The period during and after the Second World War will not be discussed because knowledge of this period offers little or nothing extra to understand text or commentary of Pausanias. 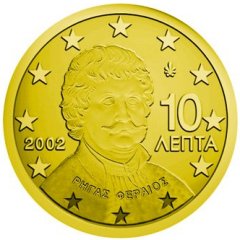 Of great importance to the Greek struggle for freedom was the attempt by Rigas Pheraios (Velestinlis) of Thessaly starting a revolt against the Turks. Strongly influenced by the French Revolution and the Declaration of Human Rights, Velestinlis envisioned a restoration of the Byzantine Empire, but as a republic, based on the French example. As he was about to enter Ottoman territory to preach the revolution, he was captured by the Ottomans and put to death along with a number of supporters in March 1798. His death, however, turned him into a martyr, what would urge three young Greeks to form an association for the sole purpose of liberating the Greek motherland. The mentioned association, the Philiki Etairia, founded in 1814, gained more and more supporters, especially from 1818, although it never became a popular movement. The leadership of the revolution was first offered to count Ioannis Kapodistrias, Tsar Alexander I ‘s foreign minister since 1816, and when he refused, to General Alexander Ypsilantis, likewise in the service of Tsar Alexander. With a tiny army, Ypsilantis invaded the Ottoman Empire in March 1821, but had to flee in June 1821, after the lost battle of Dragatsani. Shortly afterwards, however, a general revolt against the Turks erupted in the always troubled Peloponnese, which only started the struggle for freedom. 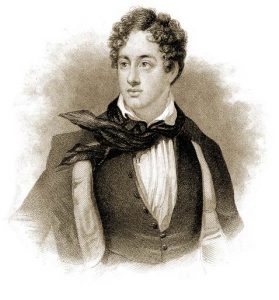 Initially, the Greeks achieved rapid and clear successes, which were received enthusiastically all over Europe. Support committees raised money for the rebellion, while some even went to Greece to personally fight alongside the Greeks. The most important person in this was the famous poet Lord Byron. Greek gangs of robbers, with a long track record of guerrilla tactics against the Turks, banded together to fight the Turks in groups of a few hundred to a few thousand. Due to mutual jealousy between the rebel leaders and due to mistrust and incomprehension between the illiterate and peasant robber captains (the klefts) and the European trained, oriented and dressed modernists (the alafranga, “the French way”), the rebellion came to a stop from 1824 onwards.

When the sultan persuaded the semi-independent ruler of Egypt, Mehmet Ali and his son Ibrahim Pasha to join the fray, things soon looked gloomy for the Greeks. Ibrahim Pasha assembled an enormous fleet and an equally impressive landing army, with which he relentlessly attacked the insurgents. For example, rebellious Mesolonghi, where a large number of Greeks had entrenched themselves, was taken with brute force, including the death of Lord Byron (who is still revered as a hero there, despite the fact that he died of fever, without a single shot. A large-scale extermination campaign in the Peloponnese, which Ibrahim wanted to repopulate with Muslims from Africa, caused a great international commotion.

A request for help to the English government led to a mediation attempt from the Allied English, Russians and French in 1827. The Greek government in Nafplio agreed, with an armistice, the Turks refused. A combined warfleet of English, French and Russian ships had to make such an impression on Ibrahim Pasha (stationed near Navarino) that he would cease his action and come to an agreement through negotiations. However, this attempt at a “peaceful intervention” got terribly out of hand when a nervous gunner aboard one of the Turks’ ships opened fire on the Allied fleet commanded by Admiral Sir Edward Wellington. The Allies fired back, and the largely unmanned Turkish fleet was chased to the bottom in an hour-long bombardment. The destruction of the Turkish fleet broke through Ibrahim’s supply lines and the Turkish position was even more damaged when a new Russo-Turkish war broke out in April 1828. Ultimately, this forced the Turks to recognize independence. 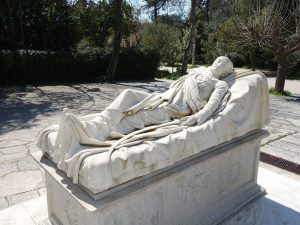 General Ypsilantis’s battle plan was largely based on the false assumption that the Russians would intervene ontheir own accord when the Turks suppressed their Orthodox brothers of faith. 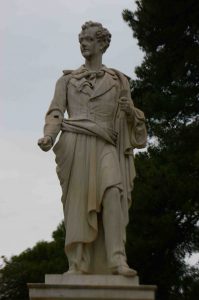 The poet Byron played a major role in the propaganda surrounding the Greek struggle for freedom. In 1991 the Lord Byron Institute was founded in Mesolonghi.

The Battle of Navarino, the last major naval battle in which sailing ships were still used. In the evening more than 6,000 Turks and Egyptians were dead, only 177 British and French died, and 60 of the 72 Turkish-Egyptian ships were sunk.

The Greek state in 1830 covered less than 1/3 of the Greek-speaking areas of the Ottoman Empire, with all of northern and central Greece and Crete still under Turkish rule and the Ionian Islands in the possession of the English.

The Greeks, who had just written their third constitution in 1827 and placed power in the hands of Count Ioannis Kapodistrias, the three Allied powers and the Turkish Porte, finally reached an agreement after long negotiations, in which a Greek state was formed, which would be under the protection of the three Allies, and would be ruled as a kingdom. An angry Ibrahim Pasha eventually left only ruins everywhere when he left, deliberately set fire to the inner city of Patras. The new king should under no circumstances be associated with England, France or Russia. After much thought, the choice fell on the young Otto von Wittelsbach, son of Ludwig I of Bavaria. Meanwhile, in 1831, the first president of Greece, Ioannis Kapodistrias was assassinated in Nafplio, after which the young king arrived in Nafplio in February 1833, enthusiastically acclaimed by his new subjects.
A Western European legal system was introduced, the German-French school system was copied, an attempt was made to set up a national army and to incorperate, disarm, or if necessary exterminate the Kleften. Much more important, however, was the choice of the new government for a new capital. Instead of Nafplio, Athens was chosen out of admiration for classical antiquity, where Otto and his wife Amalia set up an ambitious building program, one of the purposes of which was to provide him with a suitable neo-classical palace, with a matching garden (the present parliament building), with the syntagma square in front of it.  For more information, click here.